Church hurt can happen to anyone, from visitors, to long time members, part time members and seasonal members. It doesn’t discriminate and it can also prevent believers from continuing going to church. Because church hurt happens to the most of us, its important to know how and why church hurt happened? can it be prevented and how to deal with it.

As believers we are called to overcome sin and not allowing it to control our lives, however when we are not doing that personally as a body we will continue to hurt one another. Example, not dealing with our anger, jealousy, hatred, lust, and envious, can affect the whole body.

Jesus came to us not to be served but to serve us, to show us the way and what it really means to be a a leader. In my own experiences, I have seen leaders live a double life, look down on people and have a lack of compassion for others. But I have also seen some great leaders who genuinely care about people’s growth. So you see we have good leaders and also bad leaders. Therefore it is important to know and understand how to lead so you won’t be carelessly hurt the church family.

As believers, we have this expectation that church is nothing but roses and the only place that can’t hurt us. The church is filled with sinners who became saints through Jesus Christ. The reality is although we became saints, we sometime still have sinner tendencies. Therefore when you give that expectation to God because you realize only him who is good then you can began to bear with one another and give each other room to grow and flourish.

Can you prevent Church hurt?

As we are growing in Christ we can prevent church hurt to some extent but we can’t control church hurt. The reason is because, as much as you are allowing the Holy Spirit to work in you, the outside world is out of your control which is why we have to understand the real enemy. Scripture tell us in

12  For we do not wrestle against flesh and blood, but against principalities, against powers, against the rulers of [a]the darkness of this age, against spiritual hosts of wickedness in the heavenly places“.

So, the real enemy has never been each other but instead what is mention in scriptures. However, because we are not carrying our cross daily, and dying to self, it will be hard for us to realize the real enemy.

After we realize the real enemy then we need to armor up.

10Finally, my brethren, be strong in the Lord and in the power of His might. 11Put on the whole armor of God, that you may be able to stand against the [b]wiles of the devil

To conclude, church hurt can happen the first time you visit a friend church or at your home church. However, don’t let that stop you from attending church, growing with the body of Christ and being the best version of ourselves. I leave you with this verse

2 Bear one another’s burdens, and so fulfill the law of Christ. 3 For if anyone thinks himself to be something, when he is nothing, he deceives himself. 4 But let each one examine his own work, and then he will have rejoicing in himself alone, and not in another. 5 For each one shall bear his own load. 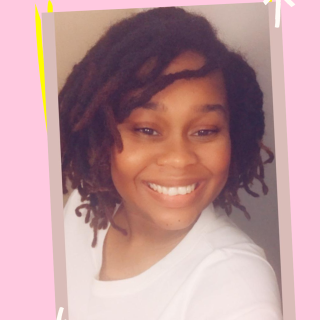 My name is Lookha Albert, but my friends call me looks and I am so excited you’re here. My journey is long with a lot of detour but the Lord promise he will work it out for my good. Let’s face it, being a Christian is hard and doing it alone will only make it harder so let’s do it together. Let us seek first the kingdom of God and his righteousness; trusting that we will lack nothing for God will supply our needs. If you are ready to do this, follow this blog and share it with you friends so we all can be equip to do God’s will.